When you hear the word "farm", you may imagine the countryside with cows and crops. But scientists say the farms of the future could be built in tall buildings in some large cities.

It may be difficult to believe, but in fact, the technology for growing crops indoors already exists. Farming in the city is already happening. Some vegetables are already grown in greenhouses. Even the scientists at the South Pole research station can enjoy fresh vegetables they grow in their own greenhouse.

Though vertical farms don't exist yet, experts have created a plan for recycling in such farms. The water from indoor fish ponds would be used to water crops. Gases from crop waste would be used to heat the building. Waste from chicken or pigs would be reused as a source of energy.

But experts believe vertical farming is not going to be easy. They say it can be difficult to control climate conditions indoors. Besides, plants differ in their weather and lighting needs. For example, some plants like warm, sunny weather, but other plants prefer cooler temperatures.

That's not to say these difficulties won't be overcome--but it will take time. Most experts suggest it may take about 5 to 15 years before the first vertical farms could be created.

4. Vertical farming does not need as much land as traditional farming. （       ）

After living in Europe for seven years, my parents decided that my family would move to the United States. We all looked forward to this. What would people think of us? For me, I hoped to be the hero of the class.

I was not disappointed. All my classmates admired my experience, and I quickly became well known as '~the French guy". t was very popular for a time. However, I was not interested in many things my classmates did, and it was hard for me to connect with them. I enjoyed listening to classical music, never watched TV, and almost never watched movies.

I did not have a common background with my friends because I grew up in Europe. I had few friends, and fewer good friends. When I look back now, I realize I was a bit of an idiot to many people around me. I kept talking proudly about my experience. And I thought myself better than those around me because I lived in Europe but they didn't.

I had decided I wanted better friends when my parents said that we were going to move again! I saw this as a perfect chance to get better friends, where people did not know of my unkind past.

When we moved to California, I did not show off as I had done for five years. I did not tell everyone that I lived in Europe. I still listened to classical music, but I just kept my music to myself. Sure enough, I found that people like someone who is not typical but does not boast about it.

Nothing can replace good friends, and if I had to control my temper and pride, it was well worth it.

A. looked down upon my classmates     B. liked listening to classical music

A. boasting about my experience

B. talking about people around me

D. making friends with my classmates

A. good friends like the same kind of music

B. friends are more important than anything else

C. similar background is the key to friendship 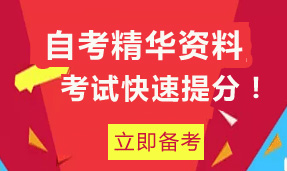